No race pics posted yet, which in my option always makes for an annoying report. Sorry.

Like most weekends I’m “in town” I overbooked myself, scheduling my annual Christmas Jammy Jam the night before The Nutcracker 12 Hour race. At the time I didn’t think it was a big deal. The race was an hour away and I assumed it started at 8 because 8-8 is a normal time for 12 hours of running. Two days before the Jammy Jam, I found out the race started at 6:30. A 6:30 start is stupid. Ugh.

Jammy Jam was a success. So successful (there’s a video floating around of me and two guys singing the Chipmunk Christmas song in our onesies at Karaoke) I shut down the bars. Oops. 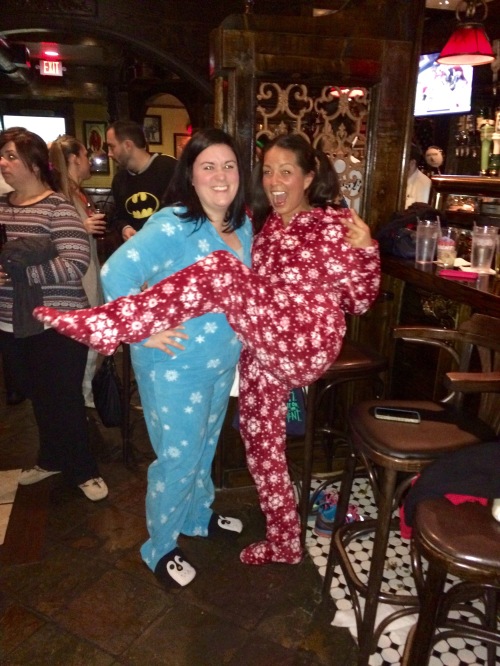 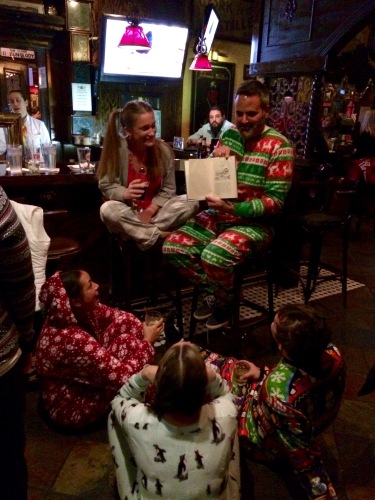 After the 2am bedtime story, the 5am wake up was EW. It was cold and dark and I was crankier than a hungry 2 year old.

I arrived late, which meant starting alone. In the dark. Other than the other late arrival, who passed me about a half mile into my run (and ended winning with 85 miles total), it took about 2 miles before I caught up to the back of the pack runners. This made me sad since every other timed race I’ve ran has been on short loops, so you’re almost never alone. This race was on a rail trail with a 10 mile out and back for the first 10 hours and a 1 mile out and back for the last 2 (for those who are confused, with the 6:30am start, you wouldn’t be able to start another 10 mile lap after 4:30pm because you might not make it back in less than 2 hours).

I took the first 20 miles way too fast for a 12 hour goal on way too little sleep. By mile 5 I caught up to my friend George and we ran together through mile 15…then I realized I was running like a moron so I let George go and I was back to being alone. The 5 miles back to 20 were the lowest point in the race and I really considered calling it a day at 20 and going home to sleep. 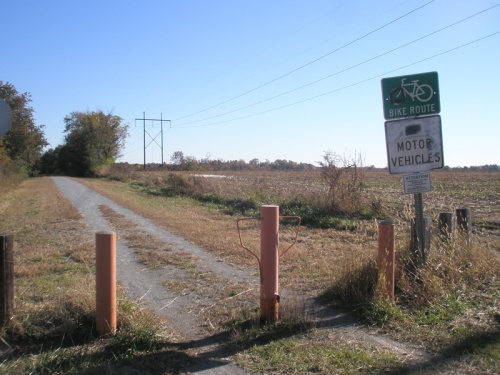 A pep talk consisting of a slice of Little Caesars and a cup of Coke got my butt out for another 10. Maniacs allow you to count a time race as long as you complete at least 31 miles…so I figured worst case I’d do the 30, nap in my car, and do one mile at 4:30 before going home.  Don’t judge my laziness.

I started walking the lap…but then I realized it was cutting into my nap time. That got me running again. The rail trail was marked with stones every tenth of a mile, so I started a 80/20 run/walk where I walked a tenth of a mile every mile and half mile stone. Surely this will get me to my nap at a reasonable time.

Mile 25 check in had me catch up to friends Lisa and Nathan. Nathan was having a tough day and Lisa was finishing up her last miles before getting cleaned up for a wedding (my kind of girl!) so I roped them in on my run/walk plan. They declared me the smartest woman alive. 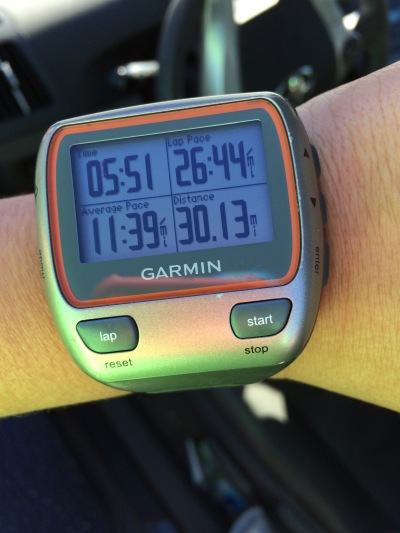 I texted this to my boy…because it was before 12:30pm and I had already ran 30 miles….and he was hung over

As I came in for mile 30, I saw my friend Paul looking in rough shape. He had been way ahead of me for so much of the race I figured I wasn’t going to see much of him that day. It’s funny how your own misery subsides when you’re trying to cheer up a friend. I asked him to do a lap with me with my awesome run/walk plan and he agreed. We talked and took our mind off the suckage

Paul and I agreed to take this lap really easy…if we wanted more walk breaks we could take a walk break. We joked about how we both wanted a walk break or to not run when we were supposed to run, but neither of us wanted to be the one to ask the other for one. So we ran .4, walked .1 to the mile 45 aid station, where I found out I was 3rd female.

It was a small race, but still, that put some pep in my step. I scanned for my competition on my way back but the only females I saw on their way out was 1st Female and a relay runner. This meant 4th was running 1 mile out and backs and I had no idea who the B***** was. 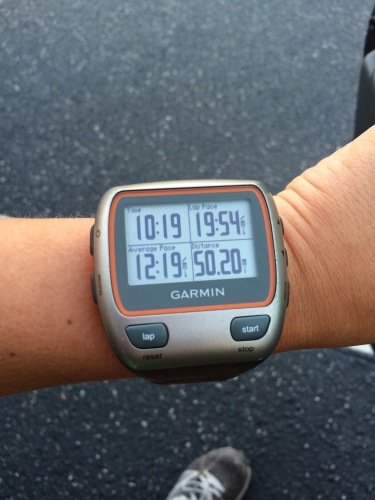 From here the race got a little crazy. Runners everywhere. I was getting passed like crazy and I had no idea who was ahead of me and who was behind me. These are the only kinds of races I seem to do well in and I didn’t want to lose third so I pushed. I also pushed myself trying to get 58 miles because 5+8=13 and that sounded great. In the end, the late start came back to haunt me…if I had those 4 minutes back I could back finished one more lap…but I realized going out for mile 57 I didnt have time for 2 more, so I walked it in. 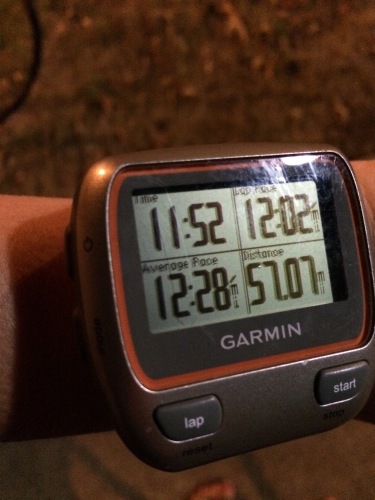 It turned out 4th completed 51 miles…so my “podium” finish was safe. It’s in quotes because it was a small race on an easy course. But still – this is a major award! Who needs sleep? 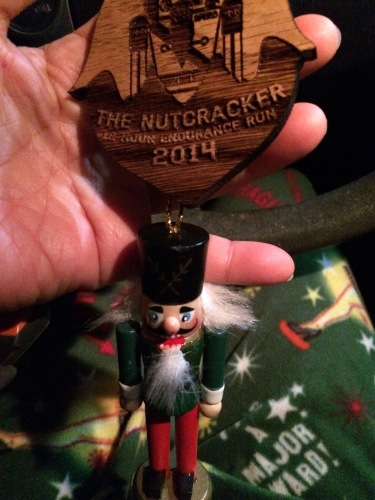